Vue.js, popularly known as Vue, is an open-source model that is quite popular in JavaScript. Vue is a progressive lightweight framework that allows developers to develop solutions fast. It is easier to learn as it takes less time and has a much lower learning curve. However, it is not so easy to search for Vue developers and get future product maintenance.

As a progressive javascript framework, Vue.js, builds UI (User Interface) and SPAs (Single Page Applications). Since it has a fast-moving curve, this framework is quite popular among developers. The flexibility, ease of use, and simplicity also help its case. Therefore, developers with the knowledge of HTML, CSS, and JavaScript can start building a web app independently. This framework includes the best features of already existing frameworks such as Angular and React.

In this post, we’ve covered the most popular and versatile Vue.js UI libraries that are widely supported and can help developers build various web apps.

Let’s walk you through the best Vue UI component library for your upcoming project.

What is a Component UI Library?

A component library is a single file or folder consisting of all styles and components used in an application, software, or website. It generally includes buttons, input fields, UI kit, etc. For the web, it is responsive, flexible, and scalable.

Both designers and developers work with the same library but on different platforms, i.e., Sketch-app for designers and React for developers. So there is a need to ensure that all parties involved follow the same process and structure while creating or using Components. The atomic design provides a simple way to scale, hence many Component Libraries are based on it.

Currently, libraries are essential since they upgrade the entire look and feel of an application. Basically, a component library has two parts:

UI: It takes care of the user interface. 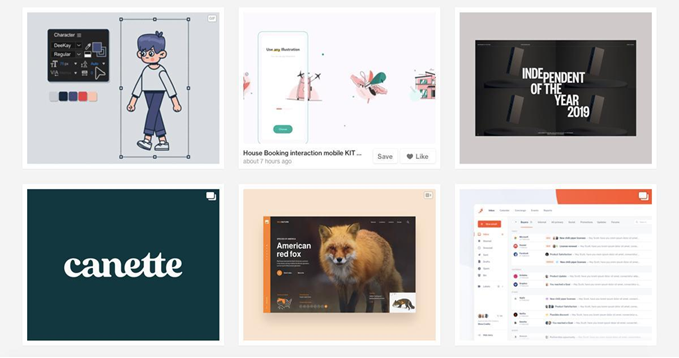 UX: It’s all about taking care of user experience. 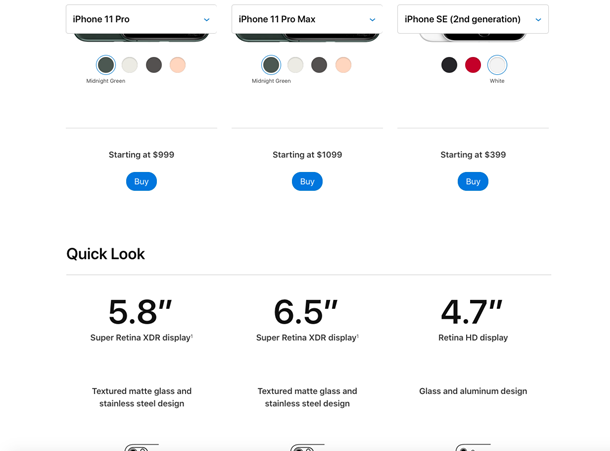 The component in Vue refers to a single entity within the application. Each component is a graphical part of the application along with its own unique view and behavior. In actuality, the components enable logical separation of every aspect of a Vue app. It also helps with code reusability and in sharing across projects and teams. This makes the whole project of development more efficient.

Moving ahead. Below, we’ll cover the top 21 Vue.js UI libraries for application.

A Vue framework, Vuetify framework that allows users to create clean, semantic, reusable UI components. It generally works with Vue’s Server-Side rendering (SSR). What makes Vuetify an interesting choice among the best Vue UI component libraries is the availability of ready-made scaffolding for code in the form of a pre-made vue-cli template. According to Google’s material design guidelines, “the 33.6K stars popular library offers over 80 Vue.js components implemented.”

It supports all modern browsers across platforms, including IE11 and Safari 9+ and comes with 8 vue-cli templates.

A frontend framework, Quasar is based on Vue. It is an open platform framework that allows developers to easily build apps for both desktop and mobile using technologies such as Cordova and Electron. It is also said that Quasar is one of the most extensive of all the Vue UI component libraries. It has in-depth documentation and robust, end-to-end implementation. It’s a full-fledged framework, which supports features like minification and caching. According to GitHub, it has over 20.6k stars on GitHub.

A UI component library for the web, Element is specifically focused on desktop apps as its components are not responsive. It also has versions for both Angular and React. It also has significant documentation in Chinese, Spanish, and English translations. The non-native Chinese speakers must go through with the internationalization documentation before using Element in their projects.

Moreover, Element is a Vue 2.0 based component library for developers, designers, and project managers. It is built upon the principles of consistency, tangible feedback, efficiency, and controllability.

Vue Material is a scalable library, which is designed as per Google’s latest design specifications. It is simple and lightweight, containing useful components to ease the process of making complex app shells. With over 1.6M downloads, this UI library is compatible with modern web browsers, and its API is beginner-friendly, making it perfect for 2022 list.

It’s also said that this Vue.js library is the best integration between Vue.js and Material Design specifications. Developers can easily configure it to suit their needs through an easy API.

Keen-UI is a Vue.js UI library, which is a simple API. It is inspired by Google’s Material Design. This is not a CSS framework, and it does not include styles for a grid system, typography, etc. Rather, it focuses on interactive components that require JavaScript. Developers should be able to use Keen UI with any page layout, structure, or CSS framework.

It consists of a few useful components that can be strategically placed wherever needed. Therefore, Keen UI is a great choice when adding iterative features to an existing application.

Buefy is one of the UI libraries for Vue.js, which is a lightweight UI component based on Vue and Bulma (a CSS framework). The framework is less than 100 KB and bundled with Bulma. This UI library provides a ready-made list of components to use for a beginner app, developers may find it insufficient if working on a large project. This UI library comes with features such as:

This is one of the top Vue.js UI libraries and brings the power of Bootstrap. It is also recognized as one of the widely used CSS libraries. Bootstrap-Vue provides developers with readily available UI components and a grid system, and everything is mobile-first and responsive. Additionally, the components of this UI library are compatible with the WAI-ARIA guidelines for web accessibility. This library enables developers to quickly start a project.

The community support and documentation is extensive making it a safe option for developers to start a project with.

AT-UI is another Vue UI component library that is all about focusing on desktop apps. It provides flat UI components for web apps. AT-UI comes with 14 contributors and not much support available. Although, there is a starter template on GitHub that developers can use.

Vux is a Vue framework, which is based on WeChat’s WeUI and webpack. Its documentation mostly comes from Chinese with minimal English translation. It emphasizes a quick development of mobile components for apps. You can check out a live demo, which lists all components and their rendering in the browser.

This is a library in Vue, which provides UI components and widgets. It mainly focuses on neat design. It also has its own command-line interface (CLI) tool and provides a visual tool for component scaffolding. It has an offline version of the documentation available. It has also gained popularity and currently has over 23.9k stars on GitHub.

It is actively maintained in terms of coming with regular updates and solving bugs, plus latest features and functionalities.

Here’s a starter kit, which helps developers get started with the basic usage of the library.

It is recognized as one of the best UI libraries for Vue.js. This library is a consistent and responsive Vue UI library, which is based on the UIkit framework with a beautifully minimalistic, clean design according to the YOOTheme design guidelines. Developers can use custom themes while keeping components consistent.

A lightweight Vue UI component library, Mint UI is based on the Babel JavaScript compiler. It comes in a small size and makes it suitable for use in mobile apps. This UI library provides an iOS-like theme for the components of the app.

It has more than 16.5k stars on GitHub. However, the development of this framework is still going on along with new commits to the master branch in mid-January. There is a quick glance at the issue tracker on GitHub that can tell that Mint UI caters to Chinese developers most of all.

This Vue.js UI library is a static generator which uses webpack to create pre-rendered static HTML pages. It helps to make the processing considerably faster. The use of VuePress opens up many possibilities for your project, such as automating the documentation process. It is easy to integrate into an existing app. Needless to say, a considerable drawback is that the SEO support is not yet mature and the documentation does not focus on this.

This is a framework in Vue, which enables developers to create a slideshow within a web app. It comes with several themes, animations, widgets and styles to choose from and customize in Eagle.js.

This UI library provides an ample amount of examples on the demo sites; however, documentation is still minimal. The alternative to Eagle.js is Reveal.js, a standalone JavaScript framework for web slideshows. This framework overcomes the major flaw with Reveal.js, which is known as the slideshow structure rigidity.

It’s a lightweight Vue UI component library toolkit with support for webpack and ES2015. Initially, this project had only five contributors. However, there has been some activity within the last month that suggests that this UI library is still active. You can check the documentation of the project here.

This is a fantastic mobile UI library implemented by Vue.js with high unit test coverage, expandable & flexible components, along with a consistent design. All you need to do is make sure that the styling, better-scroll, and create-api are the project exposes. As per GitHub, Cube UI framework has 8.9k stars, and it is actively maintained and updated.

More than 1.5k stars, ANT design for Vue.js is a popular UI library for mainly enterprise-level user applications. In addition, it comes with a webpack-based debug build solution supporting ES6.

A Vue.js component UI kit for the web, N3 components has over 40 components using ES6 and implementing a simple looking design and customizable styling. For upcoming projects, developers should have a look at this UI library.

This framework brings structured data, components-syntax, and data bindings. Also, it provides almost all Framework7 elements and components with the integration of Framework7 Router to render pages. It combines the power and simplicity of the tremendous Vue.js framework with the flexibility and UI of Framework7 mobile framework to build mobile apps even more easily and quickly.

The UI libraries, as mentioned earlier, can be an excellent solution for building the UI of upcoming projects based on Vue.js apps. For additional Vue.js components, you can check out a curated list of top Vue.js UI libraries. It’s also suggested to use Bit to simplify the workflow around these components and keep separate repos for different components. Bit component helps to turn components into building blocks that can be shared and synced directly between other apps.

You’ve just gone through the top listed Vue.js libraries that perform various functions. Which one is best? The simple answer is it all depends on your project’s requirements. If you want a plug-and-play solution for existing projects, go with Vuetify or Keen-UI. On the other hand, if you want a complete solution, go ahead with Quasar.

Which one is your favorite Vue UI component library? You can let us know in the comment section below.

He is a Tech Consultant at Simform, a firm which provides software testing services. He leads large scale mobility programs that cover platforms, solutions, governance, standardization, and best practices.